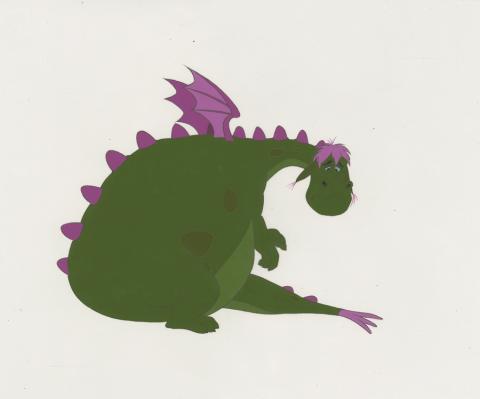 An original production cel from the Walt Disney Studios animated film Pete's Dragon (1977) . Featuring a fantastic full body image of Elliott, the hand-painted cel was created at the studio and used during the animation process. The piece is an actual frame of animation that was photographed and appears in the cartoon. Measuring 14"x17" overall, and with the image area measuring 9.5"x12", the cel is in fine condition. Elliott has been professionally restored due to concerns related to the Walt Disney Studios art program's use of lamination on the cel. The restoration repaired areas of paint lifting and required some of the character's line work to be re-inked by hand.