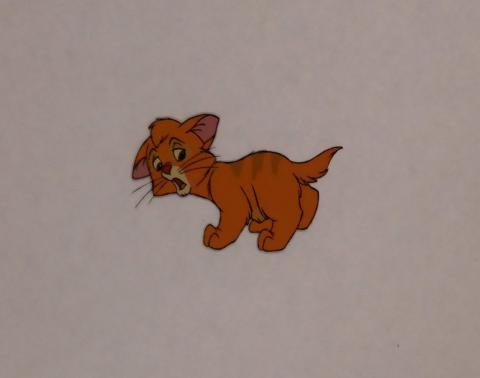 This is an original production cel from the Walt Disney Studios feature film, Oliver and Company. The hand-painted cel features the main character, Oliver, and was created and used during the production of the film. The untrimmed cel measures 12.5" x 17" and the character image is 2" x 2.5".