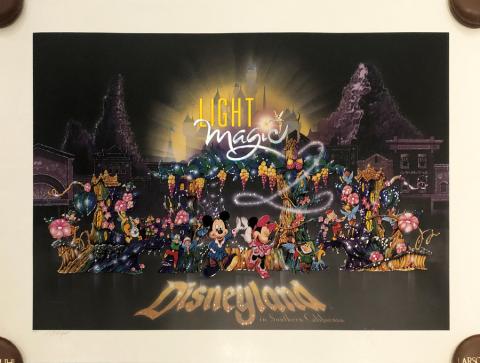 A limited edition print created to commemorate Disneyland's ill-fated Light Magic Parade in 1997. The poster was created and signed by Charles Boyer, numbered in an edition of 4,000. The parade was intended as a permanent replacement for the beloved Electrical Light Parade, but it only ran for three months in the summer of 1997. Measuring 22"x30.5" overall with an image area of 18"x26.5", the print is in fine condition and comes with the original certificate of authenticity.