Clutch Cargo was created by cartoonist Clark Haas, premiered in 1957, and ran until 1960. This campy, low-budget series combined limited animation with a live-action process called Synchro-Vox. This process superimposed the human lips of the voice actors over the mouths of the animated characters and was invented by Ed Gillette and first used for his famous talking animal commercials in the 1950's. Only twenty-six episodes were produced over the three year run. Haas produced three other series, "Space Angel"(Character design by Alex Toth), Doc Potts, and Captain Fanthom. Clutch Cargo and Haas' other series are wonderful examples of the ingenuity of early TV animation. The artwork from these series is extremely rare. 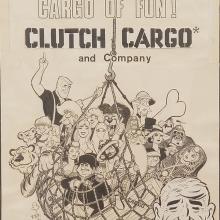 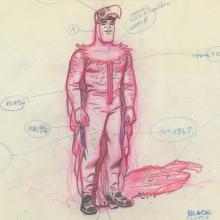 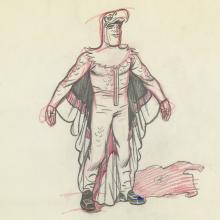 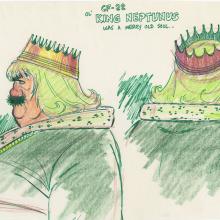 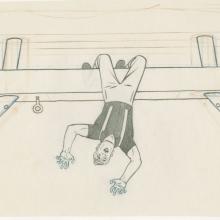 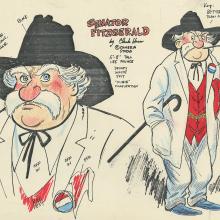 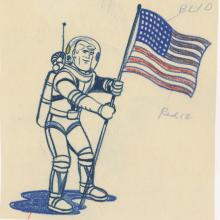 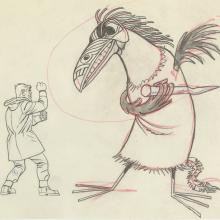 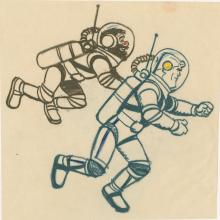 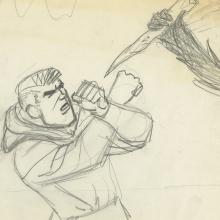 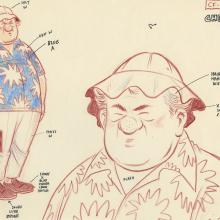 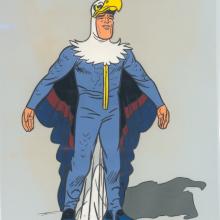 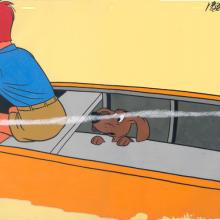 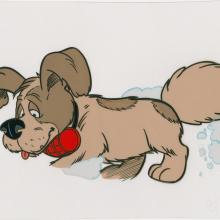 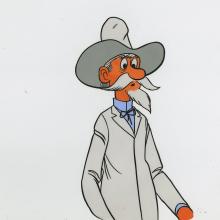 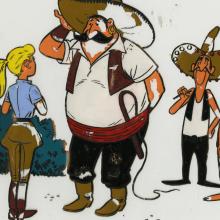