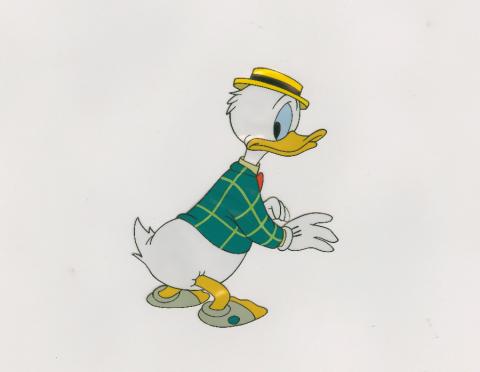 This is an original production cel from the Walt Disney Studios production of a 1950s Disney TV production Donald Duck (1934–present). This hand-painted cel features Donald wearing a very nice green plaid suit jacket. It was created at the studio and used during production, representing an actual frame of animation that was photographed and appears in a cartoon. The overall measurements of the piece are 12.5" x 16" and the image itself measures 5.75" x 4.5". The cel is in very good condition.