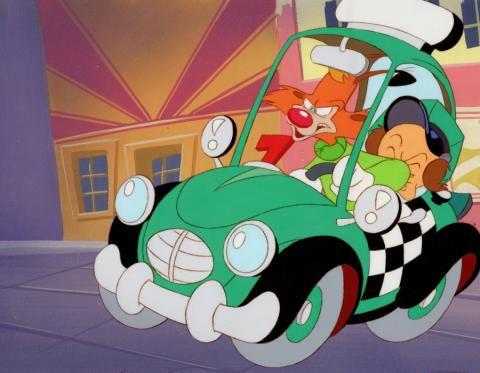 An original production cel and background setup from the Walt Disney Studios series Bonkers (1993-1994). Featuring Bonkers and Jitters A. Dog, the cel is from the 1992 short Petal to the Metal which aired with the live action movie 3 Ninjas. The cel is paired with a hand-painted background from the series. Both pieces were created at the studio and used during the animation process. Measuring 10.5"x21.25" overall, and with a character image measuring 9.25"x9.75", the setup is in very good condition.