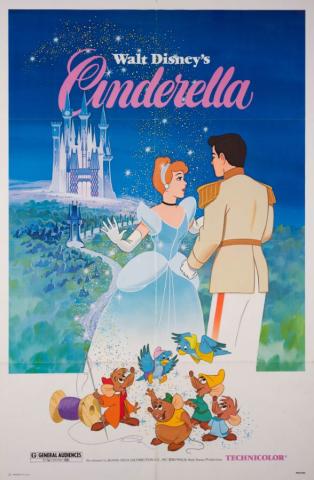 A promotional poster for the 1981 re-release of Walt Disney Studios animated film Cinderella. Featuring Cinderella, her animal friends and her Prince Charming in front of the castle, the poster would be displayed at movie theaters for promotion before and during the film's release. Measuring 40.5"x27" overall, the one-sheet promotional poster is in good condition with wear from the distribution folds and light handling wear.