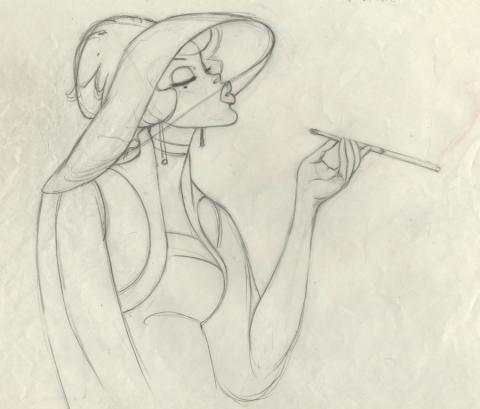 This is an original production drawing from an early test scene of the Walt Disney Studios production of Atlantis: The Lost Empire (2001). This drawing features an early design for Helga, and was created at the studio and used during the production of the film. The overall measurements of the piece are 12.5" x 17" and the image itself measures 10" x 10.5". The drawing is in very good condition with wrinkling throughout the page as seen in the images.