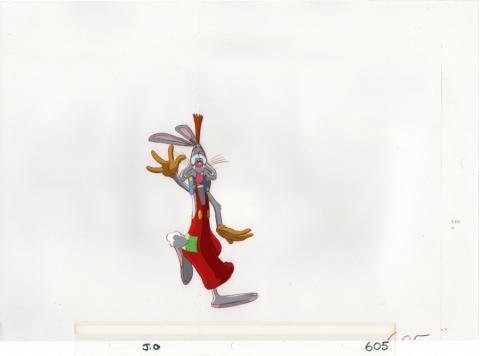 An original production cel from the Walt Disney Studios animated film Who Framed Roger Rabbit (1988). Featuring Roger Rabbit as he's being threatened and choked, the hand-painted cel was created as a screen test in 1986 to show the potential of mixing live action and animation. The piece is an actual frame of animation that was photographed and appears in the screen test footage, as seen below. The short clip this was used to create part of the work that resulted in Richard Williams being hired as the film's director. Measuring 12.5"x16.5" overall, and with the image area measuring 7"x4", the production cel is in very good condition.