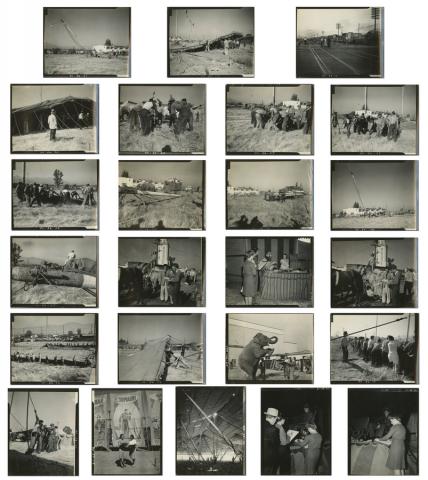 This is a collection of twenty-four photos that were used as reference during production of "Dumbo". The 4" x 5" photos feature scenes of a circus being set up as well as some of the Disney artists at work including Art Riley, Ethel Kulsar, and Retta Scott. Retta Scott was the first woman to receive screen credit as an animator at the studio. These photos are in fine condition overall with a curve to the photos. These are great reference photos that capture the work and research that the studio put into creating the characters in their films.