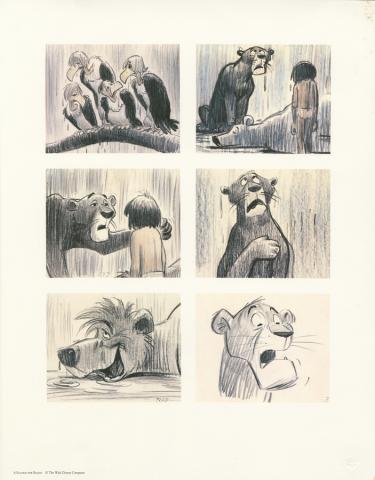 A lithographic print titled "A Eulogy for Baloo" from the 1992 Jungle Book art portfolio. The print was originally created as part of a boxed set of reproduced Frank Thomas and Ollie Johnston artwork from the development of the classic 1967 Disney animated film. Featuring a series of six progressive storyboard images depicting Baloo waking from his apparent death, the print is identical to the print that was included in the set, but is not signed. Measuring 16"x12.5" overall with the image area measuring 11.75"x9.5".