Lady and the Tramp Production Cel and Background - ID: septladytramp3097 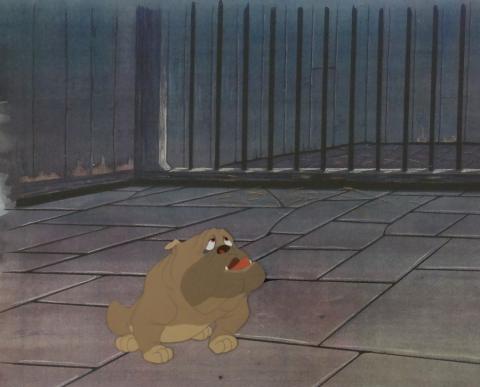 An original production cel from the Walt Disney Studios animated film Lady and the Tramp (1955). Featuring Bull the bulldog, the production cel was created at the studio and used during the animation process. The piece represents an actual frame of animation that was photographed and appears in the cartoon. Measuring 16"x20" matted, with a mat opening measuring at 10.5"x13.5", and an image measuring 3.75"x4.75", the production cel is in very good condition and is paired with a color copy reproduction background.