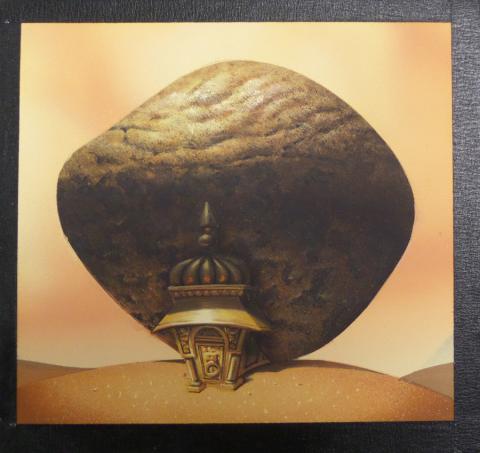 An original background color key concept from the Walt Disney Studios animated film Aladdin (1992). Featuring an early concept of the entrance to the Cave of Wonders, the hand-painted concept was created at the studio by background artist Robert Stanton and was used during the development of the movie. Measuring 5"x5.25" overall, and with an image measuring 4.25"x4.5", the background color key concept is in very good condition with minor wear from studio use.