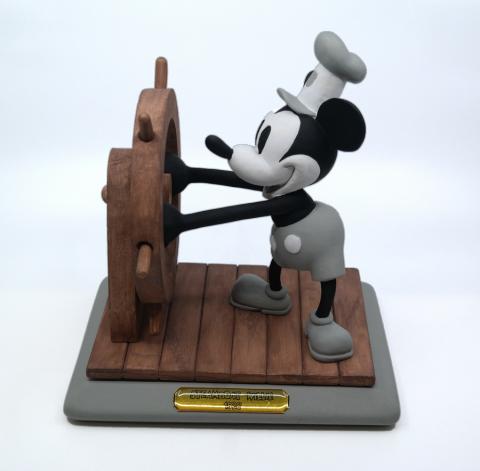 A limited edition resin figurine of Mickey Mouse inspired by Steamboat Willie. The figurine was released at the 1992 Disneyana Convention in an edition of only 600 pieces. The 1992 convention was the first of the annual events to be held, and the size of the sculpture's edition was smaller than others as they learned the demand for event premiums. Measuring 9"x10"x7" tall, the sculpture is in fine condition and comes in its original brown cardboard mailing box and includes the original COA, which is slightly damaged.