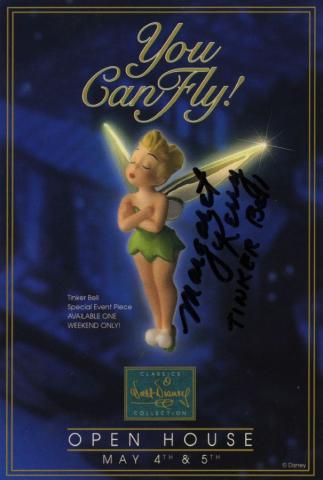 A promotional postcard signed by Margaret Kerry. Featuring an image of an special event figurine released by the Walt Disney Classics Collection line, the card was produced for an open house event in May of 1996. Kerry is regarded by many collectors as the real life Tinker Bell, as she is noted as one of the studio's inspirations for the character in the 1953 film. Measuring 6"x4" overall, the postcard is in fine condition.