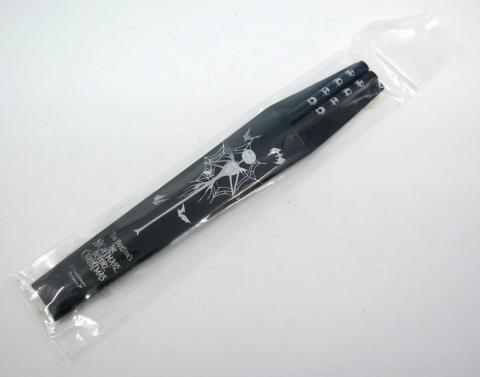 A pair of Nightmare Before Christmas themed chopsticks. The wood chopsticks have a black color with printed imagery of Jack Skellington's head on each stick, and come in a coffin shaped paper sleeve. When the film was released, Disney did not anticipate it to be a commercial success, so it was released as Touchstone Pictures film, rather than DIsney. The early merchandise also features only the Touchstone moniker and was largely distributed in Japan. Measuring 9" long, the chopsticks are in very fine condition in their original packaging.