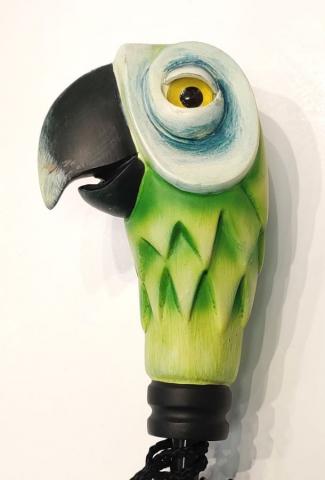 A limited edition umbrella inspired by the umbrella used in Disney's classic feature Mary Poppins. The 33" long umbrella features a resin cast parrot head modeled after the one in the film and was released in an edition of 1000 pieces. The umbrella is in good condition with one of the canopy's ribs slightly bent and some small scuffs on the handle.