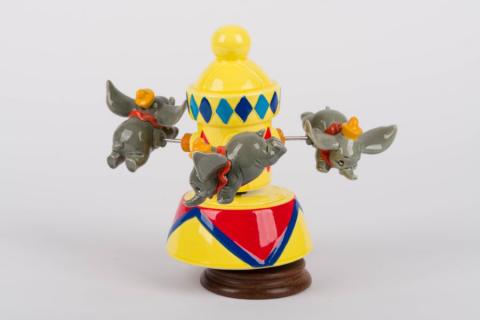 A musical figurine inspired by the 1940 Disney feature film Dumbo. Featuring three flying elephants resembling the “Dumbo the Flying Elephant” attraction, the figurine was produced by Schmid in the 1980s. The music box mechanism is not functional, but would play “Up, Up, and Away!” if fixed. Measuring 8"x8" and 7.5" tall, the figurine is in good condition.