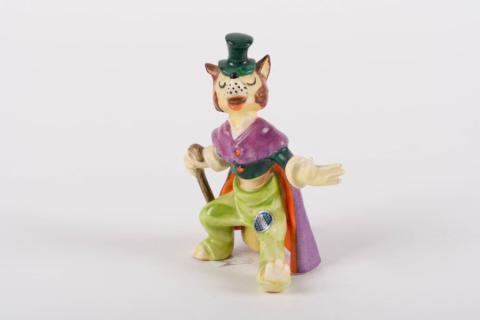 A ceramic figurine inspired by the 1940 Disney Studios film Pinocchio. Featuring the clever fox J. Worthington Foulfellow, A.K.A. Honest John, the figurine was produced by Goebel in the 1950s. The figure was incorrectly labeled with one of the manufacturer's “Brer Fox” stickers at the time of production, a common mistake. Measuring 2.75”x3.25” and 4.5” tall, the figure is in very good condition.