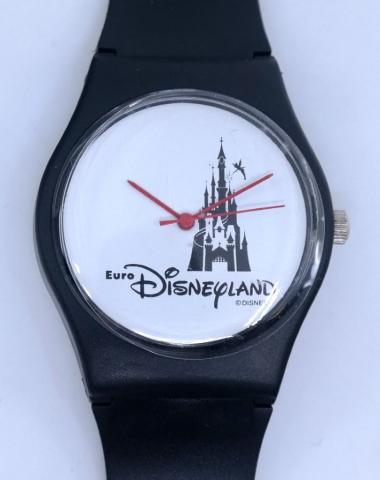 A cast member wrist watch from Euro Disneyland. The watch was created in 1992, while the park was being promoted during construction. The face reads "Euro Disneyland", the name of the park while it was in construction, before the merchandising was changed to Euro Disney and then Disneyland Paris. Also depicted is a silhouetted image of the castle and a small Tinker Bell. The watch measures 9” long is in very good untested condition. The battery will need to be replaced for operation.