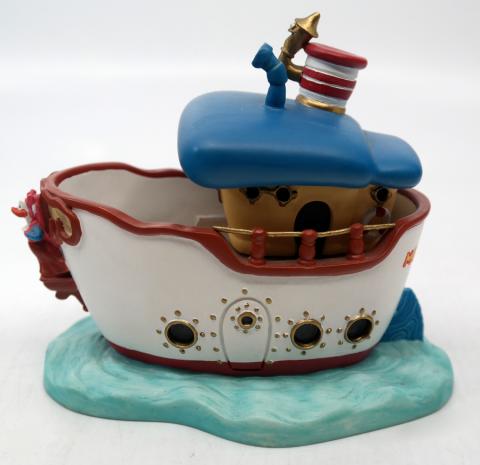 A miniature replica of Donald’s House as depicted in Toontown at the Magic Kingdom in Walt Disney World. The hand-painted resin sculpture was sold exclusively at the Disney Parks and produced in a limited edition of 750 pieces for a series called "The Land that Toons Built". Mickey's Toontown was removed from Walt Disney World in 2019, making it unlikely that further collectibles will be made of the iconic buildings from the land. Measuring 4.75”x3.5” and 4" tall, the sculpture is in excellent condition.