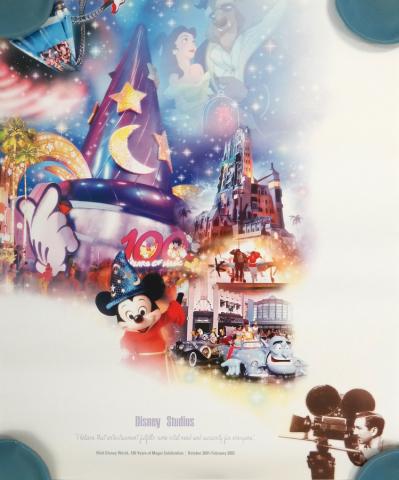 This is an original poster from the Walt Disney World 100 Years of Magic celebration in honor of Walt Disney's birthday which happened 2001—2003. Four posters were made to coincide with the event, each showcasing a different park from Disney World. This poster features images and attractions from Disney Studios, including Indiana Jones Epic Stunt Spectacular! and Tower of Terror. There is also a quote from Walt on the bottom, "I believe that entertainment fulfills some vital need and curiosity for everyone." The poster measures 21.75"x 17" and is in very good condition with light handling wear.