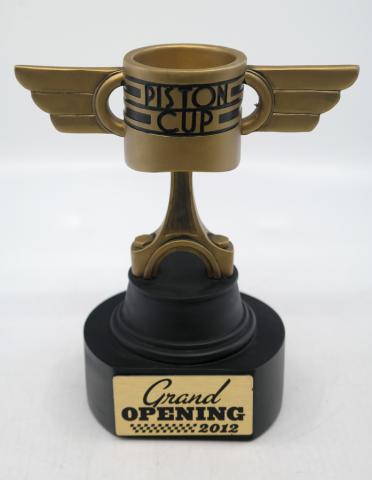 A charming Disney Parks Cars Land Piston Cup Trophy replica. The small resin statue was released in 2012, the year Cars Land opened at Disney’s California Adventure Park. The trophy replica was sold later with variations of plaques on the trophy, but the opening celebration plaque was only available for the opening. Measuring 5.75”x3.5” and 6.5” tall, the trophy is in excellent condition.