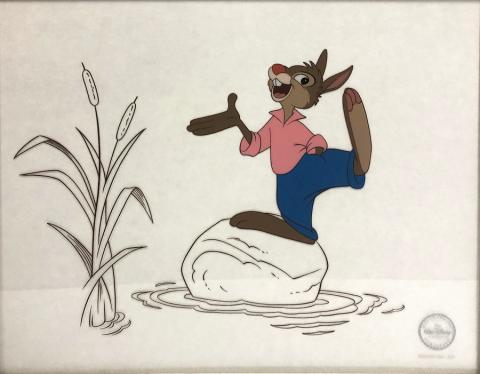 A limited edition sericel depicting a scene from the Walt Disney Studios animated film Song of the South (1946). The sericel features Br'er Rabbit and comes from an edition of 5,000 that was produced in 1994. Measuring 16"x19" with a mat opening of 10"x13" and an image area of 8"x10", the sericel is in very fine condition.