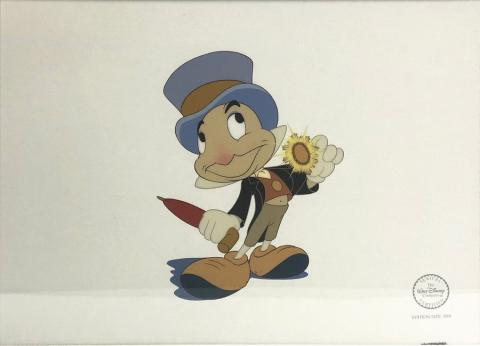 A limited edition sericel depicting a scene from the Walt Disney Studios animated film Pinocchio (1940). The sericel recreates the scene where Jiminy Cricket is rewarded after a series of harrowing adventures by being named Pinocchio's "Official Conscience." It comes from an edition of 5,000 and was produced in 1996. Measuring 17.5"x20.5" framed with a mat opening of 10"x13" and an image area of 7"x5", the sericel is in very fine condition, unexamined out of frame.